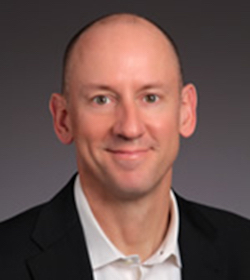 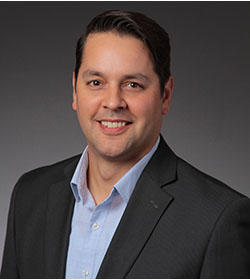 Jayson Callies is Executive Vice President and Chief Information and Innovation Officer at Seattle Bank. Jayson joined the Bank in 2016 and is responsible for managing the Bank’s IT infrastructure and the evaluation and implementation of new client-facing technologies. Jayson has over 16 years of bank technology experience with extensive expertise in network infrastructure, core banking systems, and communications technology. He began his banking technology career with Whidbey Island Bank, working there for over 9 years. Jayson most recently was employed with Northwest Bank, where he held the position of Senior Vice President and Chief Technology Officer.

Sharon Davis is Executive Vice President, Bank Operations and Client Experience at Seattle Bank. Sharon joined the Bank in 2019 and is responsible for Bank Operations and Client Experience. Previously, she spent six years at Premera Blue Cross, providing oversight for customer service, membership and billing, and claims processing. In that role, Sharon led five operations teams and over 100 operations professionals. Prior to this, Sharon was SVP, Bank Operations Manager at Cascade Bank in Everett, WA. Sharon attended Edmonds Community College and has held leadership roles in a number of local non-profits, including serving as a board member of both the United Way of Snohomish County and Everett Chamber of Commerce. 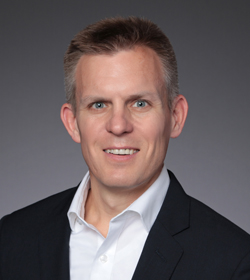 Bryan Johnson is Executive Vice President, Chief Financial Officer at Seattle Bank. Bryan joined the Bank in 2019 and is responsible for managing the Bank’s financial planning and analysis and oversight of the Finance and Accounting team. Previously, he spent eight years at SmartBank in Knoxville, TN where he was the Chief Financial Officer (CFO). During that tenure, Bryan oversaw the finance area as the Bank grew from $250 million to $2.3 billion in assets and became a publicly traded company. He has deep experience in bank acquisitions having been involved in six transactions. Bryan has eight years of experience in private and public company valuation work for a Registered Investment Advisor. Bryan is a C.F.A., holds an M.B.A. and a J.D. from the University of Tennessee, and is a graduate of the United States Military Academy at West Point. 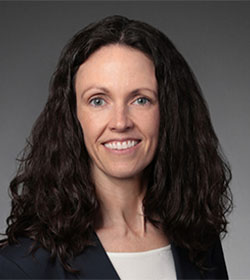 Diana Steiner is Executive Vice President, Credit and Loan Operations at Seattle Bank. Diana rejoined the Bank in 2018, having previously served as the Bank’s Controller from 2004 to 2010. Diana is responsible for managing the Bank’s reverse mortgage portfolio, including accounting and financial modeling. Diana is a CPA and has over 15 years’ experience in financial services in various audit and accounting roles. Prior to rejoining Seattle Bank, Diana served as Vice President and Accounting Operations Division Controller at HomeStreet Bank. Diana earned a degree in Accounting from Lubbock Christian University, and in 2010, embarked on a four-year journey aboard a 34-foot sailboat, ultimately covering 35,000 miles and visiting 30 countries. 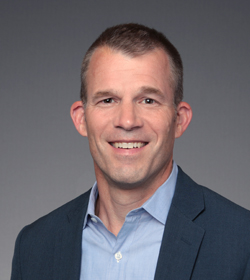 Josh Williams is Executive Vice President, Chief Banking Officer and Head of Partnerships at Seattle Bank. Josh joined the Bank in 2014 and leads its partner banking business, working with fintechs, marketplaces and brands that want to provide financial services to their end-users. He has over 20 years of banking experience, serving as a resource to closely held businesses and private clients, building and leading successful teams, and assisting in the formulation and execution of the bank's strategy. Prior to joining Seattle Bank, Josh held various positions at Wells Fargo, most recently as Senior Global Banking Consultant. Josh earned a degree in Economics and Political Science from Macalester College, and an MBA from the University of Washington's Foster School of Business. He is also a graduate of the Pacific Coast Banking School. Josh serves as Chair of the Mt. Baker Community Club’s Martin Luther King, Jr., Scholarship Fund. 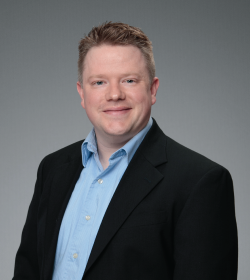 Nathan Davaz is Senior Vice President, IT Systems Manager at Seattle Bank. Nathan joined the Bank in 2010 and is responsible for overseeing implementation strategies for the Bank’s core systems and IT infrastructure. Nathan brings over 18 years of experience in the banking industry, including four combined years of financial service experience at Wells Fargo and First Independent Bank. As Systems and Projects Assistant at Charter Bank, Nathan was responsible for performing branch certification audits and developing branch and operational procedures. Prior to becoming the IT Systems Manager, Nathan served various roles at the Bank including Client Services, Bank Operations, and IT business analyst and was involved in a number of projects including two online banking conversions and a systems migration. He earned a B.A. of Social Sciences from the University of Washington. 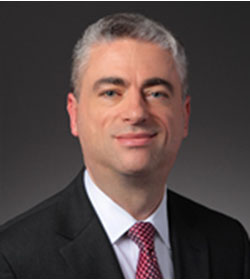 Keith McCullough is Senior Vice President and Chief Credit Officer at Seattle Bank. Keith joined the Bank in 2012 and is responsible for credit risk management and oversight of the portfolio underwriting and loan operations teams. He has over 25 years of experience in the banking industry, starting at Key Bank with various positions in credit administration and lending for both consumer and business customers. Prior to joining Seattle Bank, Keith served as Senior Credit Administrator for Charter Bank in Bellevue and as Senior Treasury Manager for its parent company, Boston Private Bank. Keith earned a degree in Economics from Whitman College and has enjoyed volunteering at local community organizations, including Ventures and United Way. 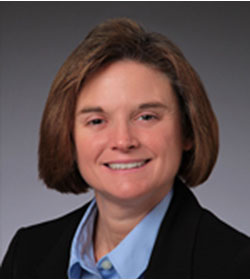 Karen Mefford is Senior Vice President, Corporate Initiatives at Seattle Bank. Karen joined the Bank in 2014 and is responsible for overseeing and managing projects related to the Bank's digital offering and core systems. Karen has over 20 years of banking experience with deep expertise in vendor and operations management. Karen began her career with Washington Federal and spent many years with the Federal Home Loan Bank of Seattle, where she served as Vice President and Director of Operations. She earned a degree from Gonzaga University. 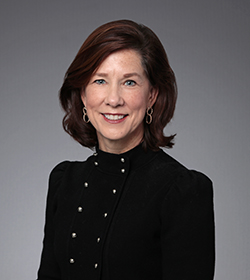 Mary Grace Roske is Senior Vice President, Marketing Communications & Community Relations at Seattle Bank. Mary Grace re-joined the Bank in 2020 – having led marketing communications initiatives for the Bank between 2006 and 2010 – and is responsible for brand development, marketing, communications, and corporate social responsibility. She brings more than 15 years of experience in brand development, executive and partner relationship management, and strategic communications in the financial and philanthropic sectors. Mary Grace attained a B.A. in communications from Washington State University and an M.A. in Communications Management from Syracuse University. Prior to joining Seattle Bank, she served as Chief Brand Officer at Seattle Foundation. She serves on the Board of Directors for AtWork! and on the Professional Advisory Board of the Washington State University Murrow College of Communications. 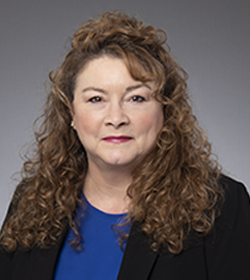 Cynthia Scott is Senior Vice President, Internal Audit Manager at Seattle Bank. She joined the team in 2020 to oversee objective assessment of our risk management activity and regulatory compliance. Cindy brings more than 25 years of industry expertise, most recently serving as Vice President, Compliance Monitoring Officer for Heritage Bank. She has extensive experience streamlining quality control processes, performing compliance monitoring and auditing, and managing home mortgage underwriting. Cindy graduated with a B.A. in English from the University of Washington and earned her Master of Legal Studies in Compliance and Risk Management from Seattle University School of Law.

Kelly Wang is Senior Vice President, Controller at Seattle Bank. Kelly joined the Bank in June 2021 and is responsible for managing the day-to-day operations of the accounting department and establishing the Bank’s fiscal record keeping system. Kelly has over 20 years at major public accounting firms and Fortune 500 companies, with experience across retail financial services, high-tech and manufacturing. She has extensive experience in general accounting, SEC reporting, management reporting, audit and internal controls. Prior to joining Seattle Bank, she served as Assistant Controller and Internal Control Manager at PACCAR Financial Corporation. She graduated with a B.A. in Internal Finance at Shanghai University of Finance and Economics and received her MBA at the University of Hawaii.

Stan Baty joined the Board of Directors of the Bank in March 2011. Since November 1996, Mr. Baty has served as the Vice President of Columbia Pacific Management, Inc., where he is responsible for real estate related investment decisions. From 1994 to 1996, Mr. Stan Baty was a financial analyst for Nomura Securities Corporation. Mr. Baty is a graduate of the University of Washington.

Nick Eitel is Chairman of the Board of Directors. Mr. Eitel served as CEO of Everett Shipyard Inc., a Seattle-area privately owned commercial shipyard, from 1992 until its sale in 2008 to Todd Shipyards. In 2000, Mr. Eitel co-founded and served as a Director and CEO of Gear.com, until its merger with Overstock.com in 2001. Mr. Eitel also makes private equity investments on his own behalf. Notable pre-liquidity event investments include Coinstar, Amazon.com, Aquantive, Market Leader and Insitu. Mr. Eitel holds an MBA from the University of Washington and a BS from Lewis and Clark College in Portland, Oregon.

Jon Fine joined the Board in 2014, and serves as the Chairman of the Seattle Bank Audit Committee. Mr. Fine was previously the Chief Executive Officer of United Way of King County for 19 years. Mr. Fine's leadership in the financial services field is equally as strong as that of his community involvement. He worked in the financial industry with Puget Sound Bancorp, the largest independent bank in Washington, where he served as Senior Vice President and Treasurer of Puget Sound Bank and Managing Director of Puget Sound Securities. Mr. Fine formerly served on the Boards of Columbia Bank, Russell Investments, Group Health Cooperative, the Seattle City Planning Commission, Washington Health Foundation, Jewish Family Services, Seattle Rep Theatre, Evergreen School, Leadership Tomorrow, Thrive by Five Washington, and King County Committee to End Homelessness, among others. He currently serves on the Boards of the Seattle Colleges Foundation and the University of Washington Medical School Campaign Initiatives Committee. Mr. Fine holds a B.A. from Dartmouth College, as well as an MBA from the Amos Tuck School of Business, Dartmouth College.

Lisa Nelson joined the Board of Directors of the Bank in 2021. Lisa is an accomplished finance and business development executive with 25 years of experience in the software, technology and financial services industries. Prior to leaving Microsoft in 2019, she led the company's corporate venture fund which invested in more than 80 early-stage startups around the globe. She also held the positions of Chief Operating Officer/Global Business Development, Chief of Staff/Global Finance, and Director of Investor Relations during her 14-year tenure at the company.  Today, Lisa is an advisor to multiple start-ups and a board member or advisor for companies including Brooks Running, Astra, and DNA.

Mr. Waechter re-joined the Board in 2020. He had previously served on the Board from 2015 to 2018. Mr. Waechter formerly served as Managing Director at Delafield Hambrecht Inc. (DHI). Before joining DHI, Mr. Waechter served as CEO of Saltmine, Inc. He also co-founded Waechter Lufkin in 1997, and served as Principal of the Seattle-based broker-dealer specializing in seed-stage private placements. Mr. Waechter graduated from Whitman College, and he received an MBA from the University of Washington.